The Sennheiser Momentum Truly Wireless earphones are priced at a range that is significantly over other options but also includes features that according to the company justifies the price. The new earphones come with aptX and aptX Low Latency codec, which is said to significantly improve the sound when connected to a compatible device. A vast variety of Android smartphones and other devices offer aptX support, which will make the earphones able to take full advantage.

The Sennheiser Momentum Truly Wireless earphones also feature touch controls that can be used to adjust the volume and playback on the headset. It also has an in-built mic in both the earbuds to enable hands-free calling. Rated IPX4 for water and dust resistance, the earphones are currently among the most expensive truly wireless earphones you can buy in India currently. 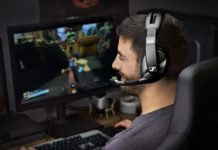