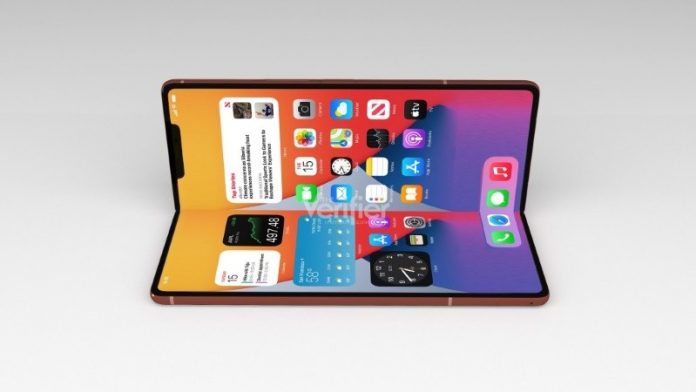 Samsung and Huawei are one among the few companies that have been able to commercially launch foldable devices at the market. But it looks like Apple may soon join their ranks as two of its foldable device prototypes have managed to pass the durability test of Foxconn.

A report of UDN states that the supplier of Cupertino based giant has passed two distinct foldable devices through their durability test. Bot the variants are unique and have a folding mechanism same like the Galaxy Z Fold 2 and Galaxy Z Flip. Also, one of them bends horizontally and the other one bends vertically. According to the report, both the foldable iPhones are not completely functional at this moment and only the chassis and display components were tested.

It must be noted that these two places are the crucial aspects and have proved to be a huge launch challenge to the first foldable device of Samsung, the Galaxy Fold. So, it has reassured to hear that Apple designs have passed quality control and durability checks for both the parts. UDN also said that now the company will start to evaluate both devices and will drop any one of the designs and move forward with the other one.

Still, we don’t have a solid idea on when the company may actually launch a foldable device but it can be expected to arrive mostly in 2022. It is also expected that Apple will ship an iOS/iPadOS hybrid software on the device to bring functionality of a tablet and a smartphone on foldable device. We must keep in mind that it is an unconfirmed report and take it with a grain of salt for now until more new updates arrive.