A bus carrying BSF personnel was attacked by Maoists on Wednesday after it was returning from poll duty in Bijapur. Five security personnel, including four BSF jawans, and a civilian were injured when Naxals blew up a truck with an IED, a senior police official said.

The injured that includes four BSF jawans, one Chhattisgarh Police DRG jawan and one civilian, who was on a bike when the IED exploded, have been rushed to a local hospital.

The police claims that the situation is under control and a search operation is going on. Bijapur is located around 450 km from the state capital Raipur.

On the eve of first phase of elections too, there were incidents reported where the security personnel had an encounter with maoists.  A group of Naxalites had opened fire on the patrolling team of Commando Battalion for Resolute Action (CoBRA), at a forest in Pamed area, located around 500 km from the state capital Raipur. Three CoBRA personnel were injured and around five Naxals were  killed in the encounter.

In another incident, two Naxals were shot down in the evening in an encounter with security forces in Sukma district of Chhattisgarh.

The second phase of voting in the Chhattisgarh elections will take place on November 20. 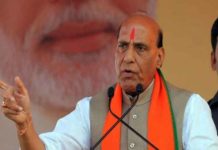 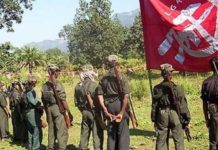