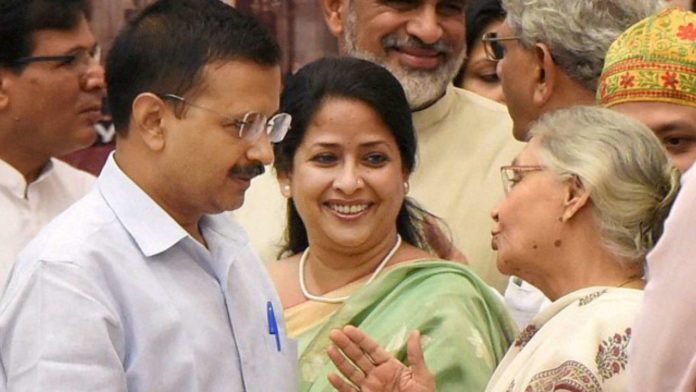 A Day after declining Arvind Kejriwal’s Aam Aadmi Party offer to forge an alliance in National Capital, Indian National Congress on Wednesday claimed that they are in touch with at least 9 Lawmakers of the AAP. Congress Further claimed that all these 9 legislators wanted to turncoat ahead of Lok Sabha Polls.

It is noteworthy that the development came hours after the Delhi Pradesh Congress Committee (DPCC) Chief Sheila Dixit formally saying ‘No’ to Aam Aadmi Party’s Offer to take on Bhartiya Janta Party in General Elections 2019.

Delhi State Congress Spokesperson Jitendra Kochar made the claims about the switchover. Kochar added that since the AAP’s Offer has been rejected by the Our Party (Congress), there is chaos and Stampede within the party.

Talking to media he said, ‘There is Stampede and Chaos within the Aam Aadmi Party following Congress Delhi Chief Ms Sheila Dixit rejected there Offer to ink an alliance in the National Capital’. He added ‘We are in touch with at least 9 MLAs of the Delhi Ruling party. He further claimed that all these lawmakers have also met Sheila Dixit and will take a call soon’

Kumar said he met Former Delhi CM Dixit with Delegation of Valmiki Community over their demand for Political Representation.

Aam Aadmi Party, however, chooses not to respond on the issue.

Kejriwal further training guns towards Congress said that the Congress wants BJP to win in Delhi and however he (Arvind Kejriwal) will defeat the ‘Unholy Alliance’ of BJP-Congress in Delhi.

Kejriwal reaction came hours after Shiela Dixit ending months-long speculations said her party is not going with the AAP.  Briefing the media after the meeting the Congress party’s Delhi leadership, former Delhi CM Sheila Dixit made the announcement not to go with AAP.