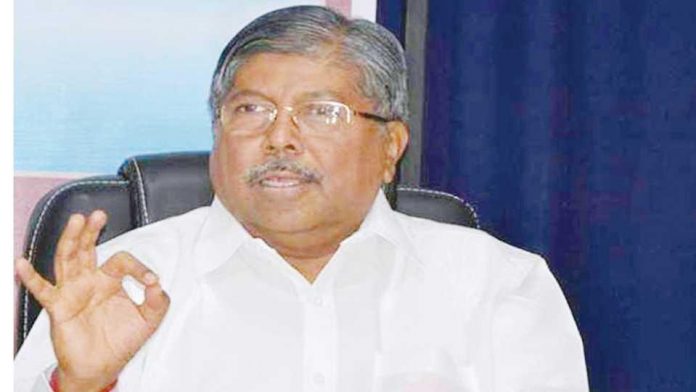 The Maharashtra government has decided to stand Guarantor for loans to be disbursed to youth from the Maratha community through a scheme aimed at extending financial assistance to backward communities.

A committee chaired by Revenue Minister Chandrakant Patil came to a decision, after being set up to take steps for the welfare of the Maratha community; amidst the rising levels of agitations amongst members of the Maratha community over reservations and quotas in government jobs and education. The decision was made after the panel received complaints about banks not approving loans to people from the Maratha community, instead asking for a counter-guarantee.

Under a scheme of the state run Annabhau Sathe Financial Development Corporation, the cabinet sub committee decided that the government should stand guarantor for loans to be given to the Maratha youth; to improve the financial conditions of backward communities by offering assistance for self-employment and other business ventures.

Fellowships will be given to M.Phil and PhD students from the community, by the Chhatrapati Shahu Maharaja Research, Training and Human Development Institute (SARTHI), set up by the government in Pune. The institute will gear students towards studying the social, financial and educational issues faced by Marathas, Kunbis and farmers of the state.

The Revenue Minister further stated that the government would pay for the fees of students including those from the Maratha community, whose family income is less than 8 lakhs, for 608 professional courses. The fees of students seeking guidance and training in other institutes would also be paid by the government, the cabinet decided. Furthermore, a coaching centre would be set up in Pune, to help prepare community students for competitive exams. Action will be taken against colleges that do not admit students by taking 50% fees (As part of the fee-waiver scheme), Patil said.

Chief Minister Devendra Fadnavis stated, last week, that a “Law or Resolution” for reservation to the Marathas would be passed by a special session of the Maharashtra legislature.

These are developments in light of the protests across the state of Maharashtra by the Maratha community that make up for 30% of the 13 crore population of the state, demanding a 16% reservation in government jobs and education.