Haryana: The expansion of the Haryana Cabinet has been deferred till next week after a special session of the Vidhan Sabha that will be convened in the coming few days. Meanwhile, Chief Minister Manohar Lal Khattar and deputy CM Dushyant Chautala will hold the new government’s first Cabinet meeting Today. Two senior IAS officers of Haryana will also be present during the meeting

“Cabinet will be expanded after the special session of the state assembly next week and a committee comprising leaders of both BJP and JJP will be set up to formulate a Common Minimum Programme for the coalition,” Khattar said in New Delhi. Dushyant also confirmed that expansion of the Cabinet had been deferred, for the time being, saying important issues like 75 percent reservation for locals in private jobs needed to be thrashed out.

“Cabinet expansion shall happen after the Vidhan Sabha’s session. There are other important issues that we need to work on under the Common Minimum Programme. The topmost being 75 percent reservation for Haryanvi in private jobs. Being a youth, being a 31-year-old, it is my responsibility that I fight for the cause of youth of my state,” Dushyant said.

“Another point is about the long distances that youth have to travel for taking their recruitment examinations. That also needs to be sorted out,” Chautala pointed out.

Talking about the first Cabinet meeting, Dushyant said, “Several important issues that the manifestos of BJP and JJP contained shall be discussed to formulate a comprehensive plan on how to work for the betterment of the state”. On the alliance with BJP, Dushyant said, “Ours is barely an 11-month old party. We have not entered into the alliance to go any politics of deceit. We shall be doing our job with utmost transparency and honesty and work for the development and progress of our state together.”.

When asked if there was any possibility of a patch-up with his estranged uncle Abhay Chautala, who is heading Indian National Lok Dal, Dushyant said, “As I had always been saying that as a family, we are together, but the parties are different”. 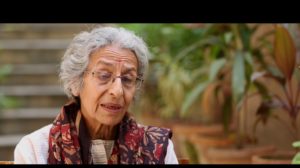