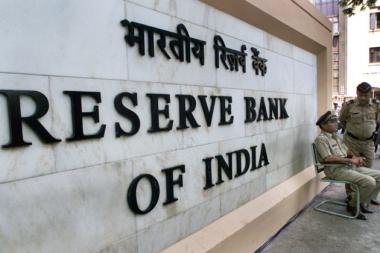 After RBI (Reserve Bank of India) approved the transfer of Rs. 1.76 lakh crore to the government on Monday, leaders from various opposition factions have raised their concerns over the issue.

Reserve Bank of India accepted Bimal Jalan committee recommendations and approved the surplus transfer of Rs 1,76,051 crore to the government. The amount is almost double of the previous record of Rs 65,896 crores of last year’s transfer. The transferred amount is expected to help the government in tackling the economic slowdown without worrying about increasing its “fiscal deficit”.

The decision has generated a lot of political heat among opposition members. Sitaram Yechury (CPI-M General secretary) condemned the ruling BJP government’s move and alleged that the government has appropriated almost 99% of the profits of RBI since Narendra Modi came into power in 2014. He slashed the government for putting extra pressure on the public institutions.

The health of our leading Navaratnas in the public sector is badly damaged by both, falling demand and because of the financial burden imposed on them by the govt. siphoning off huge dividends. All sections, farmers, workers, MSMEs, youth and women workers have been hurt badly. https://t.co/cKp063HX9I

Congress MP Rahul Gandhi also slammed the central bank’s move and alleged that the government was stealing from the RBI. The Congress leader in a tweeted message attacked the Prime Minister and Finance Minister of being clueless about the ongoing economic slowdown. He compared the transfer payment to stealing a Band-Aid from the dispensary & sticking it on a gunshot wound.

PM & FM are clueless about how to solve their self created economic disaster.

Stealing from RBI won’t work – it’s like stealing a Band-Aid from the dispensary & sticking it on a gunshot wound. #RBILooted https://t.co/P7vEzWvTY3

It is expected that the centre’s announcement of infusing Rs. 70,000 into the Public Sector banks will come out of this transfer only. Previously, RBI had constituted an expert committee to review the extent of ECF (Economic Capital Framework) of the RBI under former central bank chairman Bimal Jalan in consultation with the Government of India.

The total payment of Rs. 1.76 lakh crore comprises of Rs. 1.23 lakh crore as dividend and Rs. 52,640 crore as surplus capital. The dividend payment includes Rs. 28,000 crore that has been already transferred to the government.