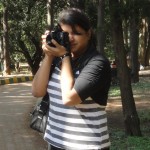 India is the largest democracy, the 7th largest Country in the world, and one of the most ancient civilizations. It is the birth place of a number of spiritual practices too. Here are 10 reasons to feel proud of India and some mind-blowing facts that unveil the history and the technology behind the spirituality of India.

1.Arundhati Nakshatra is prominent in south Indian marriages. Ever wondered why?

Arundhati-Vashishta is the small star Alcor in the Great Bear constellation, pointed out as a paradigm of marital virtue to the bride in the Vedic marriage ceremonies. It is not a single star but a pair of stars. In most twin star systems, one star is stationary and the other revolves around it. (Now, that is definitely not how a married couple should be!) Arundhati vashishta is the only twin star system where both stars rotate in synchrony – a clear depiction of how a husband or wife should not dance to the tune of the other.

2.We used man-made rockets in wars
In A History of Greek Fire and Gunpowder, James Riddick Parting ton writes, “Indian war rockets were formidable weapons before such rockets were used in Europe. They had bamboo rods, a rocket-body lashed to the rod, and iron points. They were directed at the target and fired by lighting the fuse, but the trajectory was rather erratic… The use of mines and counter-mines with explosive charges of gunpowder is mentioned for the times of Akbar and Jahāngir.”This totally explains the gunpowder warfare of 16th and 17th century Mughal India.

Hyder Ali, prince of Mysore, developed war rockets with an important change: the use of metal cylinders to contain the combustion powder. His son, Tippu Sultan, continued to expand the use of rocket weapons, reportedly increasing the number of rocket troops. In battles at Seringapatam in 1792 and 1799 these rockets were used against British soldiers with considerable effect.

3.Indians greet in Namaste. Get to know the reason behind it

“Namaskar” is a way Hindus greet each other by joining their palms. The general reason behind this tradition is that greeting by joining both the palms means showing respect. Scientifically, joining both hands that is, the tips of all the fingers together, that denote the pressure points of eyes, ears, and mind, is said to activate the pressure points which helps us remember that person for a long time. And by avoiding physical contact you can be free from germs too.

4.We could do encryption too!

Katapayadi system of numeric notation was widely used in ancient India by mathematicians and Vedic scholars for easy remembrance of numbers from words. This system provides the flexibility in forming meaningful words out of numbers which can be easily remembered. One interesting example is of the value of pi (π).The following verse encrypts the value of pi up to 31 decimal places! (3.1415926535897932384626433832792)
गोपीभाग्यमधुव्रात-श्रुग्ङिशोदधिसन्धिग॥ खलजीवितखाताव गलहालारसंधर ॥
This proves to be a flaming example that boasts the fact that our ancestors knew encryption too.
The value of “pi” was first calculated by the Indian Mathematician Budhayana, and he explained the concept of what is known as the Pythagorean Theorem. He discovered this in the 6th century, long before the European mathematicians.

5.Bangles are a little more than fashion

The wrist portion is in constant activation for any human. The bangles worn by women in the wrist part of the hand and its constant friction increases the blood circulation level. Furthermore the electricity passing out through outer skin is again reverted to one’s own body because of the ring shaped bangles, which has no ends to pass the energy outside but to send it back to the body.

6.Lord Vishnu and his Dashavatara

The incarnations of Vishnu (commonly known as Dashavatara) are almost identical to the scientific explanation of the sequence of biological evolution of man and animals. The sequence starts from an aquatic organism (Matsya), to an amphibian (Kurma), to a land-animal (Varaha), to a humanoid (Narasimha), to a dwarf human (Vamana), to 5 forms of well developed human beings (Parashurama, Rama, Balarama/Buddha, Krishna, Kalki) who showcase an increasing form of complexity (Axe-man, King, Plougher/Sage, wise Statesman, mighty Warrior).

7.Our elders prefer to sit down and eat. Why?

This tradition is not just about sitting on the floor and eating, it is regarding sitting in the “Sukhasan” position and then eating. Sukhasan is the position we normally use for Yoga asanas. Digestion as well as the circulatory system is improved by sitting in this position while eating. This is because our body functions can focus solely upon digestion and energy is not utilized on our legs swinging from a chair or supporting us while standing.

8.Medicine and surgery in India dates back to 800 B.C

The practice of surgery has been recorded in India around 800 B.C where in spite of the absence of anesthesia, complex operations were performed. The oldest treatise dealing with surgery is the Shushruta- Samahita (Shushruta’s compendium). Shusruta who lived in Kasi (now, Varnasi) was one of the many Indian medical practitioners who studied the human anatomy. In the Shusruta- Samahita , Shusruta’s forte was rhinoplasty (Plastic surgery)and ophthalmialogy (ejection of cataracts). Shushruta has described surgery under eight heads Chedya (excision), Lekhya (scarification),Vedhya (puncturing), Esya (exploration), Ahrya (extraction), Vsraya (evacuation) and Sivya (Suturing)

Indians were the first ones to discover the technique to extract zinc. Zinc is a tricky metal to be removed from its ore. It liquefies from the ore at 997ᵒC and then vaporizes into its gaseous form at 1000ᵒC. The only potential duration for extraction is the 3-degree gap and it is extremely difficult. In a normal furnace the heat is supplied from the bottom and the vapor/liquid is accumulated at the top. This mechanism will not hold good for zinc as it changes state very quickly and the liquefied zinc would fall back to the furnace.
Our scientists turned the furnace upside down and placed an ice-bath below it. The liquefied zinc from the above furnace falls on the bath and solid zinc is obtained right away!
This technique was kept a secret for 4000 years until a Chinese explorer saw it in India. This method was further adopted by the British after they saw it in China in the year 1543.
Ashoka Pillar stands still at Delhi ever since the Gupta period. The pillar is 1600 years old yet rust-proof. The minds behind the making of this pillar are so brilliant that even the pollution at Delhi has not been able to rust it.

On an attempt to discover India, Vasco Da Gama was sailing along the coast of Africa in the biggest ship available in Europe at that time. On reaching the Cape of Good Hope, he was baffled seeing the vast Indian Ocean. There he met an Indian trader (named Kanha) who owned trading ships twelve-times the size of Vasco Da Gama’s ship. Kanha then escorted him to India with 3 of his ships surrounding the European ship.

Thousands of years ago, without the aid of any telescope we knew the earth was round (hence coined the term ‘Bhu-Gol’-‘gol’ means ‘round’), and also that it had constant movement (hence called it ‘Ja-gath’-‘gathi’ means ‘motion’),our ancient rishis knew that a bright spot in the sky was not one star but a pair of stars and named it arundhati-vashishta, we could build the biggest ships in the world and perform surgeries without modern day means and our metals wouldn’t rust.
That is the beauty of ancient India and Indians!

If you found this article interesting do share it with your friends.Got any comments or suggestions? I would love to hear. Just drop them in here.