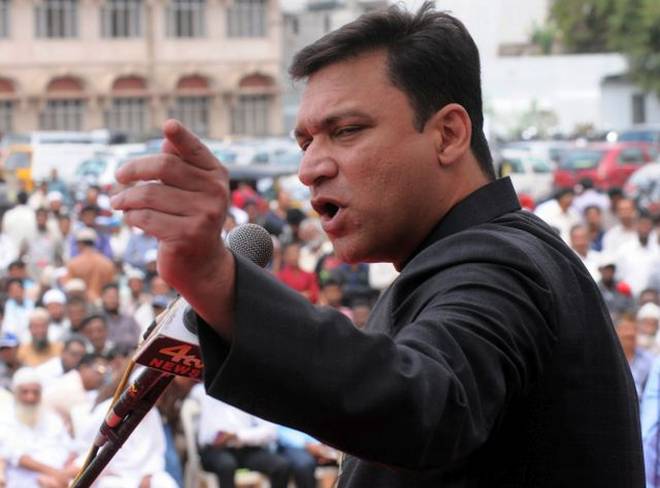 After winning seven out of eight seats in recently concluded Telangana Assembly Polls, The All India Majlis-e-Ittehadul Muslimeen (AIMIM) on Sunday elected party leader Akbaruddin Owaisi as its floor leader in the Telangana Legislative Assembly.

The AIMIM held an executive committee meeting with the seven MLA elects and party president and Hyderabad MP Asaduddin Owaisi on Sunday, at its headquarters, Darussalam. Akbaruddin, who was the party’s floor leader in the dissolved Assembly as well, was re-elected from Chandrayangutta constituency for the fifth consecutive term earlier this month. He defeated his nearest rival Syed Shehzadi of the BJP by over 80,000 votes.

AIMIM managed to bag seven out of eight contested seats in Telangana Polls. The Only AIMIM who lost was Rajendranagar seat from where the party has fielded Mirza Rahmat Baig. AIMIM gives a ticket to its MLA’s Former Driver, Mizra Rahmat Baig. Apart from fielding 8 candidates, Party has announced its support to Telangana Rashtriya Samithi across all other seats.

The TRS had registered a landslide victory in the elections, winning 88 of the 119 seats that were up for grabs.

Speaking after the victory of the TRS and the AIMIM, Asaduddin Owaisi predicted that regional parties would take the Indian politics by storm, providing an alternative to both Congress and BJP. The MP said the AIMIM declared support to TRS as no communal riot occurred in Telangana during last four-and-half years and unlike states in the north, there was not a single incident of mob lynching or reign of terror in the state under KCR rule.

He said the KCR led government took various initiatives for the educational upliftment of Muslims. Owaisi also said he would stand by the TRS chief, K Chandrashekhar Rao in his efforts to play an important role in the national politics.