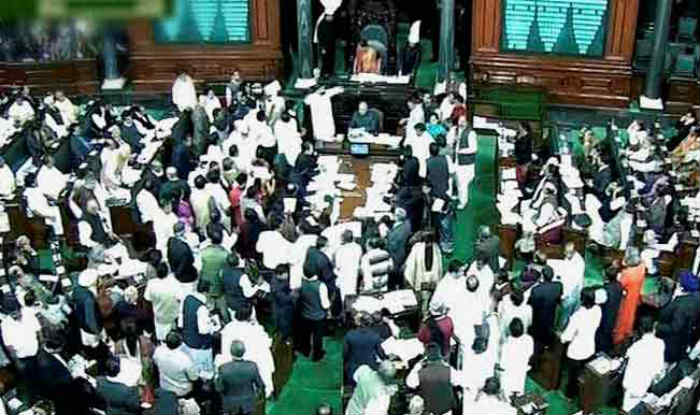 The opposition has created an environment of uproar against the center’s decision to go for revoking Article 370 and 35A. Home Minister Amit Shah addressed the parliament regarding his latest decision to scrap special status of Jammu & Kashmir and introducing  EWS extension in the state. The deployment of additional troops has further raised the fears that the Indian government is unilaterally seizing the power in Kashmir.

Ghulam Nabi Azad showed his anger in the parliament by opposing the government’s stand vehemently. Some even went onto call it as the “Murder of Democracy”.

GN Azad,Congress: A border state, which is culturally, geographically, historically&politically different was bound together by Article 370. Drunk in power&to get votes, BJP govt scrapped 3-4 things. They've cut off head of the country. Political parties will fight&stand with J&K pic.twitter.com/UCV6WGqD22

Other prominent leaders have also opposed the move.

MDMK leader Vaiko, as quoted by ANI, speaking in Rajya Sabha, said” You have played with the sentiments of people of Kashmir. When additional army personnel was deployed there, I was worried. Kashmir should not become Kosovo, East Timor, and South Sudan.”
Nationalist Congress Party (NCP) Sharad Pawar also lashed at Bharatiya Janata Party-led Union Government for not taking stakeholders into confidence before such a huge decision of scrapping Article 370.
TK Rangarajan, CPI(M) said, “It’s a black day. Indian constitution has been raped by BJP govt. You didn’t consult people of J&K-Ladakh. You dissolved Assembly, you don’t want to hold any election. You’ve taken another 35000 Army people there. You’re creating another Palestine.”

TK Rangarajan,CPI(M) in Rajya Sabha: It's black day.Indian constitution has been raped by BJP govt. You didn't consult people of J&K-Ladakh. You dissolved Assembly,you don't want to hold any election. You've taken another 35000 Army people there. You're creating another Palestine pic.twitter.com/ed0hToi8MV

The government has also replaced the 1954 presidential order with the newly published Presidential order, 2019. 1954 order was called on to inculcate 35A under Article 370. Article 35A lets Jammu Kashmir define its residents and make special provisions for them.

Some parties and associations such as AIADMK (All India Anna Dravida Munnetra Kazhagam), Shiv Sena and RSS have shown full support to the government’s decision.