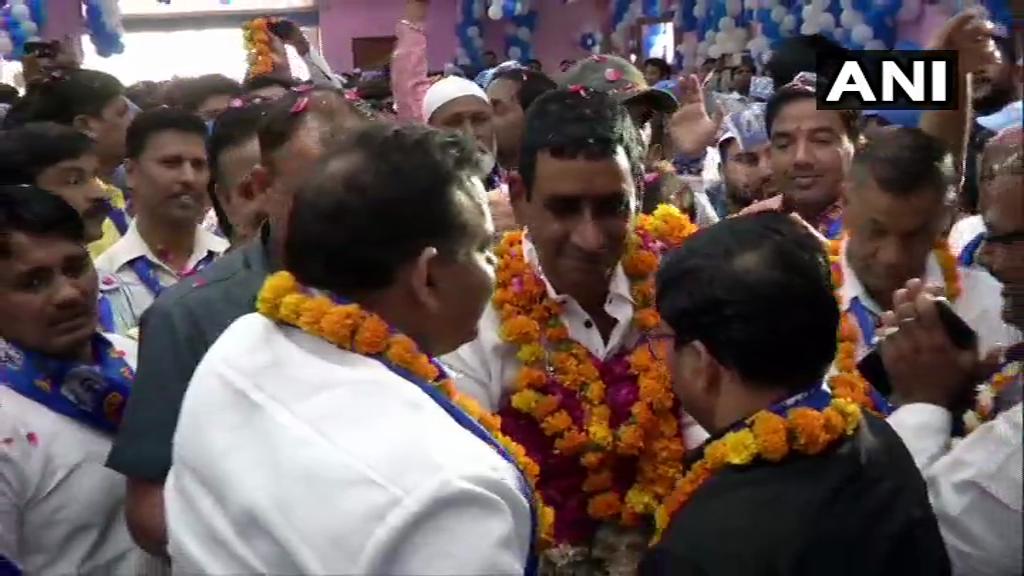 Bahujan Samaj Party Candidate Rajveer Singh on Thursday filed nominations from Delhi North East Parliamentary Seat for the mega battle of ballots. Singh who will be in an electoral contest for the first time will be taking on AAP‘s Dilip Pandey, SDPI’s Tasleem Rahmani.

Both the national parties – Congress and BJP are yet to announce its Candidates on all 7 seats of the national Capital.

Rajveer Singh in his nomination papers shown its last year income of Rs 1.32 crore. He is a marble businessman and social worker. As per the papers filed by him, he has movable and immovable assets worth over Rs 9.2 crore.

Speaking to press on the occasion, Rajveer said, ‘There is a huge resentment towards the BJP sitting MP in the Parliamentary Seat. This would definitely help me in the mega battle of ballots.

READ: Here is the list of candidates announced by BJP-led NDA For Lok Sabha Polls

The parliamentary seat came into existence in the year 2009. In 2009 National Elections, Congress JP Aggarwal won the seat by defeating BJP BL Sharma.

While BSP apart from Delhi, is contesting polls on UP, MP, Haryana, Madhya Pradesh, Tamil Nadu, Maharastra, and Chhattisgarh, among others.

Delhi for all 7 Lok Sabha Seats will go to polls on May 12. The last day to file nomination in the national capital is April 23. General Elections have already started and would spread across seven phases from April 11 to May 19. Counting of votes will take place on May 23, four days after the final round of Polling.