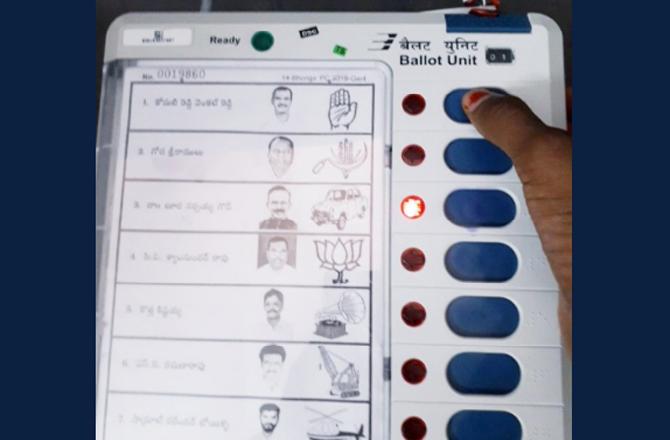 Case filed against Trivandrum voter for spreading fake news during polling in the capital.

Besides several reports of EVM glitches in Kerala the election authorities had mentioned of no malfunctioning in EVMs. News of EVM malfunctioning mainly came from the Chowara polling booth in Kovalam and district electoral officer and collector K. Vasuki had clarified that it was just fake news that spread in the polling booth. Now a complaint has been registered against a voter in Thiruvananthapuram for his fake propaganda mentioning the vote he cast for his desired party went to another party as part of the glitch in EVM. His lies were found out when the electoral officer decided to conduct test voting in the present of election officials. The voter had come to cast his vote in booth number 15 at Kendriya Vidyalaya, Pattom.

The Election Commission has asked election offcials to receive written complaint from voters if they complain of glitches in the EVM. If their statement was found to be incorrect then a case would be filed against them for spreading fake propaganda. Hence, a case was booked against Abin for the same.

Besides NDA candidate from Wayanad, Thushar Vellappally had filed a complaint with the election officer mentioning of glitches in the EVM.

(with inputs from ‘Mathrubhumi’).