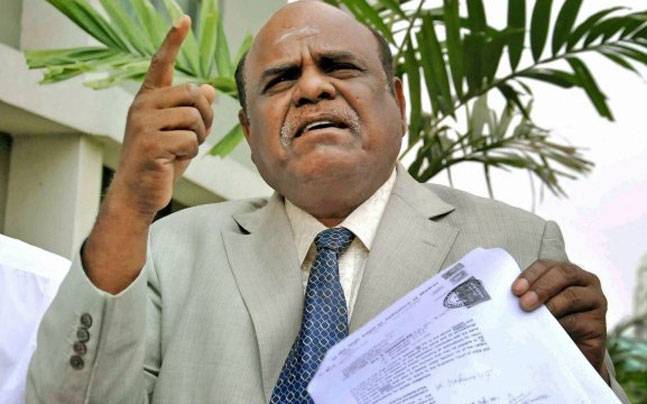 Prime Minister Narendra Modi in a run-up to the national polls 2019 is seeking another term from the same seat.

Speaking to news agency IANS, 63 years old Former HC Judge said ‘I am here in the Varanasi completing the preliminary task to file my nomination’.

Apart from contesting from UP’s Varanasi, he has also filed nomination to be in fray from Chennai Central Seat of Tamil Nadu. Former Justice is has filed his nomination as a candidate Anti-Corruption Dynamic Party (ACDP) formed by him last year.

It should not be noted that Former Justice was the first sitting judge to be convicted for contempt of court.

He was in prison in June 2017 after his retirement.

Apart from him, Bhim Army Chief Chandrashekhar Azad has also announced to contest against Prime Minister Narendra Modi in the mega battle of ballots from Varanasi Lok Sabha Seat.

Varanasi will go to polls on May 19 on the last Phase of Voting and four days before the counting of votes.

Apart from BJP, other political parties of the state – Congress and Grand Alliance comprising SP-BSP-RLD has not yet declared its Candidate from the seat.

Prior to Narendra Modi, BJP Senior Leader Murli Manohar Joshi represented the Varanasi Seat since 2009-2014. However, he has was shifted to Kanpur in 2014 after Narendra Modi decided to contest from Varanasi.