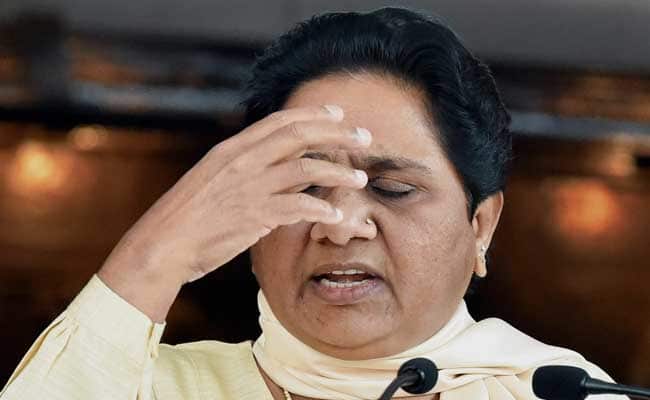 Bahujan Samaj Party (BSP) Supremo Mayawati on Sunday appealed voters in Amethi and Raebareli to vote for Congress. Both the seat – the home turf of Congress – goes to poll today. The Mahagathbandhan alliance in Uttar Pradesh which comprises of Samajwadi Party and Ajit Singh’s Rashtriya Lok Dal (RLD) apart from BSP have not fielded its candidate on both the seats of Amethi and Rae Bareli.

Mahagathbandhan’s votes will go to Congress in these two seats and I request the BSP supporters to do the same,” BSP Chief said.

Appealing the voters to vote for Congress on two seats, BSP Supremo Mayawati said everyone knows this that we don’t have an alliance with Congress in the state or anywhere else. She said, ‘We are in the view that both BJP and Congress are the two sides of the same coin, the only reason we have not fielded our candidates on these two seats is to allow Congress President to take on BJP in other parts of the country.

Her remark came a day before Amethi and Raebareli slated to go for Polls.

Mayawati also slammed Bharatiya Janata Party (BJP) and PM Narendra Modi for making efforts to create a rift within the Mahagathbandhan. PM Modi had on Saturday while addressing a rally claimed that Samajwadi party in working ‘hand in gloves’ with Congress in the state, He also accused Akhilesh Yadav of betraying BSP Chief Mayawati.

He tried everything to destroy the mahagathbadhan (grand alliance). He wants BSP-SP-RLD to fight amongst themselves,” Mayawati was quoted by the news ANI as saying.

Bahujan Samaj Party (BSP) in the state is contesting polls on 38 Lok Sabha Seats under poll pact, While 37 seats been offered to Samajwadi Party and 3 to RLD.

General Elections 2019 is being held across seven phases starting April 11 to May 19. Voting in 51 seats under Phase-V is currently underway. Counting of the votes will be held on May 23. Voting for the remaining 118 constituencies will be held in two phases slated on May 12 and May 19.