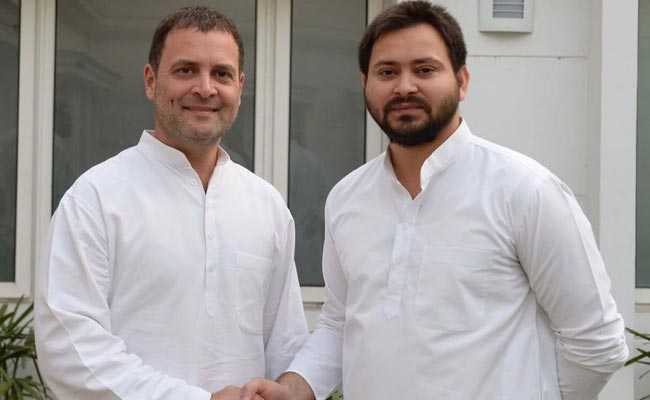 Indian National Congress on Friday announced seat sharing arrangements in Bihar with its allies including Rashtriya Janta Dal, Upendra Kushwaha‘s RLSP, Jitan Ram Manjhi‘s HAM and others for the upcoming Lok Sabha Polls 2019. As per the seat sharing agreement, RJD will contest on 20 Seats in the state, while Congress bags 9 Seats in the pre-poll alliance.

On the Occasion, RJD Leader Manoj Jha briefed the media.

The mega Opposition alliance will take on the BJP–JDU Alliance in the upcoming General elections. The BJP who had stitched an alliance with Nitish Kumar and Ram Vilas Paswan‘s LJP has already announced the seat sharing arrangement with JD(U) and BJP each on 17 while 6 for LJP. The BJP led Alliance have also distributed Lok Sabha Seats with Nawada going to LJP’s kitty this time.