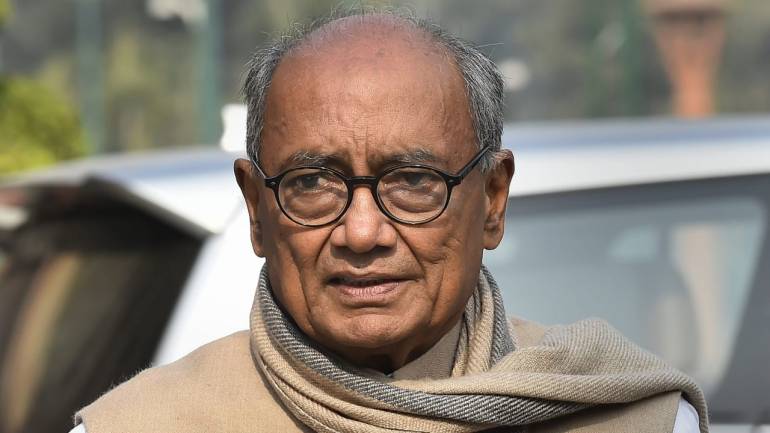 Namdeo Das Tyagi alias ‘Computer Baba’ led a group of ‘Sadhus’ on Wednesday and took out a roadshow in Madhya Pradesh’s Bhopal in support of Congress Candidate Digvijay Singh. Singh in the mega battle is pitched against Bhartiya Janata Party (BJP) candidate and Malegaon accused Sadhvi Pragya Thakur from this Lok Sabha constituency.

Digvijay Singh took part in the roadshow along with a group of Sadhus. The roadshow passes through lanes of Old Bhopal through Peer Gate and Sankari lanes.

Speaking to media, ‘Computer Baba’ said that Sadhus from the nation should reach Bhopal to ensure the victory of Digvijay Singh. Earlier on Tuesday. group of sadhus led by Namdeo Das Tyagi performed ‘hatha yoga’ and did ‘havan’.

Congress Staunch Leader Digvijay Singh in a run-up to the polls is taking on BJP’s Sadhvi Pragya.

General Elections 2019 has already begun and would spread on seven phases from April 11 and May 19. Bhopal will go to polls on May 12. While remaining 118 Lok Sabha Seats across the nation will go to polls in last two phases – slated for May 12 and May 19.

NIA picks up another IS operative Keralite residing in Qatar
Top Court declines to extend NRC Deadline in Assam; says ‘process must be completed by July 31’
Comment