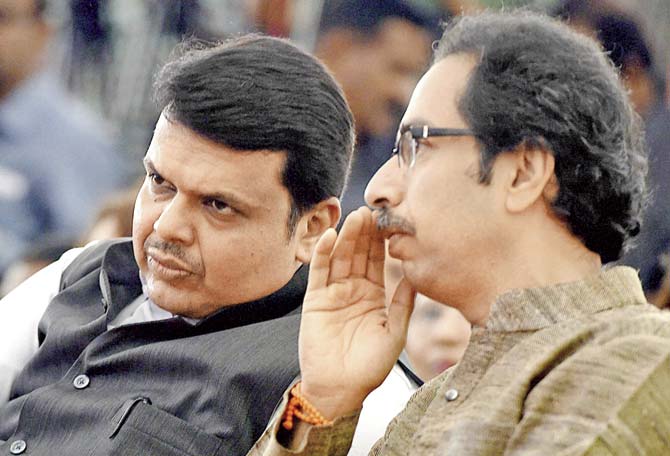 Bharatiya Janata Party’s victory in recently-concluded by-elections in Maharashtra’s Palghar Lok Sabha constituency has sparked an angry reaction from ally Shiv Sena, which has leveled serious charges of discrepancy in the counting of votes by the Election Commission.

Addressing a press conference last evening after BJP’s victory was announced, Sena president Uddhav Thackeray said there were some irregularities in the way Election Commission officials were counting votes, which Sena workers had even protested against unsuccessfully. He said votes of thousands of people had not even been considered and BJP’s vote share was increased in the subsequent phases of counting.

Thackeray even lashed out at BJP’s leadership, saying they don’t care about allies anymore and, hence, Sena will go solo in all elections henceforth. He claimed that his party managed to give a tough fight to BJP in its own backyard despite contesting elections there for the first time.

Reacting to Thackeray’s statements, Maharashtra Chief Minister Devendra Fadnavis played down Sena’s resentment and extended a hand of friendship towards them. He said both sides had displayed a lot of animosity for these elections, but now that they are over, BJP has no bitterness and is willing to talk to Sena for fine-tuning its alliance again.

Campaigning for Palghar had seen a heated rivalry between the two saffron allies ever since by-elections had been announced. This constituency was considered to be a BJP stronghold represented by its tribal leader Chintamani Wanga. BJP had blamed Sena of “backstabbing” after Sena had declared Wanga’s son Shrinivas as its candidate. This had forced BJP to field former Congress leader Rajendra Gavit on its ticket.

Senior BJP leaders, including party chief Amit Shah and Devendra Fadnavis, are now expected to begin talks with Shiv Sena to convince them to keep their alliance going for upcoming 2019 elections.