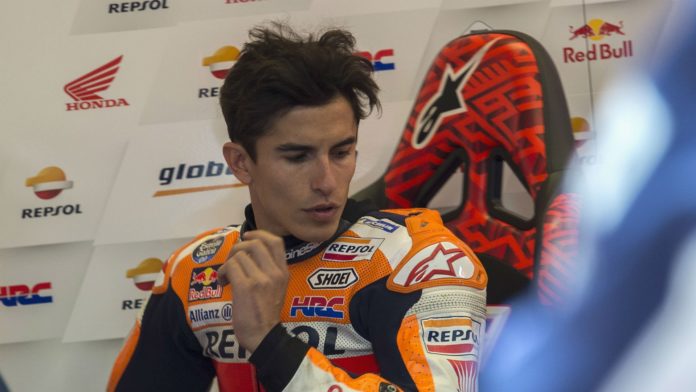 Le Mans (France), May 20 (IANS) Marc Marquez took his third win of the 2019 season with another dominating performance as teammate Jorge Lorenzo took his best finish of the season with 11th position at the French MotoGP.

Cold conditions from morning warm up carried through until the start of the French Grand Prix at 2 p.m. on Sunday with a track temperature of just 18 degrees Celsius made for treacherous opening laps.

Marquez was able to keep clear of trouble to open a small advantage with Jack Miller being the only rider to be able to stay with him. Miller was briefly able to get past, but the Repsol Honda Team rider responded to the challenge on lap six and retook the lead. Steadily building his lead lap-by-lap, Marquez crossed the line 1.9 seconds clear of Dovizioso, claiming Honda’s 300th win in the premier class.

After the win, Marquez said: “Of course here in Le Mans, it’s always difficult with the temperature and the weather. I think this is the first time I have had a race where I had the soft tyre in the front but it was the safest option.”

“I was focused on being consistent until I saw the gap increasing, I pushed a little bit more and into the low 32s until I saw I had two seconds. I’m happy with today’s result and it is fantastic to be able to take Honda’s 300th premier class win,” he added.

The win is also Marquez’s 47th in the premier class, drawing equal with Jorge Lorenzo in third on the all-time premier class wins list. Marquez now extends his lead in the MotoGP World Championship to eight points, Honda maintaining a healthy advantage in the Constructor Championship.

With his best start of the year, Lorenzo was able to immediately insert himself into the group battling for the top 10.

“It was the first weekend I finished a day in the top five, qualified in the top eight and you know, apart from Qatar where it was a slow race, this is the race where I finished closest to the winner,” said Lorenzo.

The MotoGP World Championship now prepares to head to the Mugello circuit for the Italian Grand Prix, from May 31 to June 2.