India’s sporting heroes received the annual national awards in an online ceremony amid the COVID-19 pandemic. Athletes logged in from multiple cities and President Ram Nath Kovind honoured them.

This year 74 were picked for the national honours. This included an unprecedented five Rajiv Gandhi Khel Ratnas and 27 Arjuna awardees. 60 attended the virtual ceremony which was conducted across 11 Sports Authority of India (SAI) centres in various cities. Cricketers Rohit Sharma and Ishant Sharma missed the ceremony due to their IPL commitments in the UAE. Star wrestler Vinesh Phogat and badminton player Satwiksairaj Rankireddy had to pull out of the ceremony after testing positive for the virus.

“This is the first awards ceremony in COVID times 3esxduring which the President has participated,” Sports Minister Kiren Rijiju said.

The venues followed all health and safety protocols, keeping with the guidelines of the Health Ministry. Awardees were wearing PPE kits as they reached the ceremony venues.

As per Sports Ministry’s order, every award winner had to undergo a COVID-19 test before reporting to the venue. 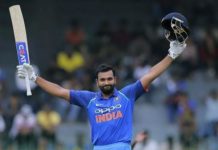 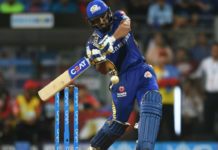