The Indian Wire » Sports » Warner-Shaw Partnership Took The Game Away From Punjab Kings; Made Easy For DC To Win 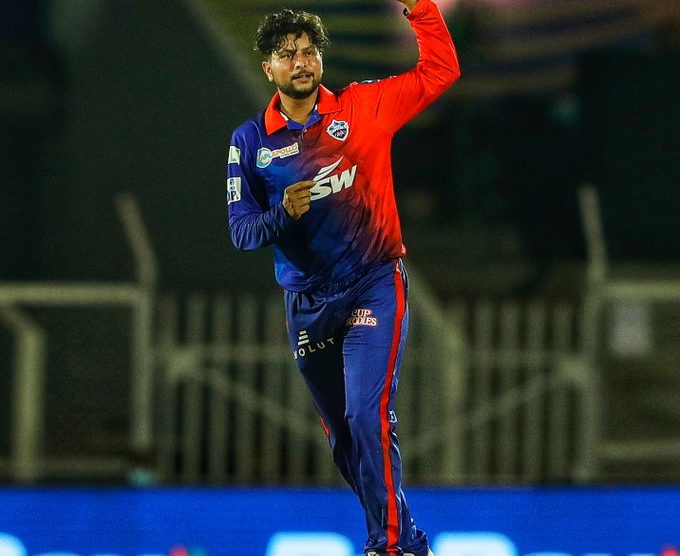 Delhi Capitals And Punjab Kings played against each other in match number 32nd of IPL in Mumbai. As both the teams have lost their last matches they will be looking for a win.

Delhi Capitals won the toss and elected to bowl first. The Kings came out to bat and set up a score. The way their batting started in the first few overs it seemed like the openers Shikhar Dhawan and Mayank Agrawal are in form to put up a high-scoring game. And then Lalit came to bowl and took the wicket of Shikhar Dhawan. As Dhawan got out just after that Capitals bowlers Khaleel Ahmed, Lalit Yadav, Axar Patel, and Kuldeep Yadav took away the entire game from them as one by one the wickets kept on falling within short durations.

While Jitesh Sharma tried his best to make some runs and added 32 runs in the low score of their team but wasn’t able to perform much, at the moment it felt like it was a day for the bowlers of Capitals as they restricted the entire Punjab Team for just 115 runs with the fall of 10 wickets.

Seeing that it was the lowest score of the IPL 2022 Delhi had to be in a must-win situation. While their openers Prithvi Shaw and Dravid Warner came out to bat they both made the total really easy for them to chase down. The great shots by Shaw and Warner were a must-watch, in between the Kings got a chance to come back in the game by taking Warner’s catch while it felt like today was just not their day as they dropped the catch. Both the openers were looking in great form as their 83 runs partnership made them to a clear win, just then came a beautiful catch by Nathan Ellis of Prithvi Shaw. Despite that, it was too late for them to come back and defend the total.

The magnificent knock of 60 runs in just 30 balls with a run rate of 200 by David Warner snatched the game away from the Kings as the Capitals won the match by 9 wickets with 57 balls and almost 10 overs in spare.

David Warner said-” The bowlers did a great job as they tried and chased the low total quickly as it sometimes becomes scratchy. They just needed to get out of the room and play cricket.”

As the match ended Kuldeep Agrawal, of Delhi Capitals won the Man Of The Match award for his bowling figures of 2 wickets for only 24 runs in 4 overs. 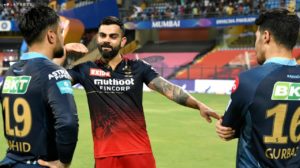 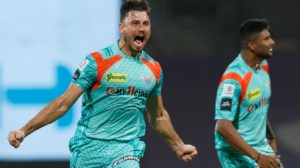 No Matter How Hard KKR Tried, Lucknow Super Giants Qualifies For The Playoffs Virat Kohli Gone for a Golden Duck
Should We Bow Down? Hail The King! Another Century By Jos Buttler
Comment