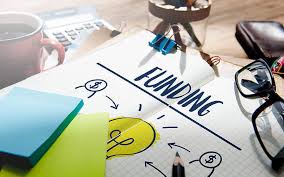 Artha Venture Fund, an early-stage micro-venture capital fund has announced the closing of its second round. A category I alternative investment fund, overseen by Artha Group of companies has raised over ₹100 crores to invest in startups in seed to series A rounds.

“AVF’s hands on investment style is a mix of Western ethics and Indian pragmatism. We expect to make the final close of Rs 200 crore by April 2020,” Anirudh A Damani, fund’s managing partner said.

Artha Venture Fund is the early stage investment arm of the Artha Group of Companies. It is a part of the family office of Mr. Ashok Kumar Damani and Mr. Ramesh M. Damani (both ex-Directors of the Bombay Stock Exchange).

The fund’s investment strategy is to be the first institutional investor into early-stage companies with early revenues and put in ₹1-2 crore, with ₹10-15 crore held in reserve for follow-on rounds.

The fund recently announced its fourth investment in the Delhi-NCR based startup Jadooz, that brings the multiplex experience to Tier II and III towns in India.

Anirudh further said that Artha India Ventures, as a family office, has invested in over 60 companies including BabyChakra, OYO Rooms, Tala, NowFloats, and Karza to name a few.

Artha Venture Fund counts the likes of Len-Den Club and Kabaddi-Adda, a kabaddi focussed online platform in its portfolio. It has also invested in Haazri, a quick service restaurant (QSR) that serves tea, coffee and snacks to corporates.