Ola, a ride-hailing platform has revealed that it is going to lay off around 350 employees by cutting short its 4,500 workforce by 5-8 per cent, reported Mint.

The move by the Bengaluru-based startup Ola comes when it is looking to restructure and redesign the company with a view to become more nimble and have a sharper focus on growth and profitability.

While, as per the company Ola, the move is seen as part of the mobility platform’s aim to turn profitable and go public in the next 18-24 months.

The sources added that the company is also moving some employees to other verticals like Ola Electric, Ola Foods and Ola Financial Services as part of the organizational restructuring.

A company spokesperson said that over the past couple of years, Ola has grown its core mobility business and introduced new business verticals such as financial services, food, public transport technology, and electric mobility. 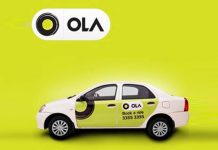