As part of the deal, Anurag Bhargava of Duane Park will join the board as Chairman, and Hithendra Ramachandran, Managing Director of Carpediem Capital as Director.

The funds raised will be used to kick off its omnichannel brands, in order to grow Sukkhi’s presence across India and the overseas market.

“We have entered in its next phase of growth wherein the funding will largely be used to grow “Sukkhi” as an omnichannel brand in order to reach last mile customers across India and globally” said Bhavesh Navlakha, founder & CEO, Sukkhi.

Sukkhi Online Private Limited, the entity that owns and operates the brand Sukkhi, was founded by Bhavesh Navlakha in 2012. Sukkhi started as an online-only brand of fashion jewellery, has not expanded its presence across 27 marketplaces, including two international ones.

The startup offers ethnic men and women jewellery across various categories like bangles, earrings, rings, and necklaces, at competitive prices. The startup launched its own website in October 2016, which contributes around one-third of its overall revenues.

Sukkhi sells its products across other e-commerce platforms like Amazon, Flipkart, Limeroad, Myntra, and Jabong. The startup has grown at over 100% CAGR, since its inception.

With around 95% of the fashion jewellery sales happening offline in India, Sukkhi is looking to tap into this vast market through its omnichannel strategy, according to Navlakha.

Other players competing with Sukkhi in the online fashion jewellery space include Voylla, Shree Hari, Pipabella, among others.

According to Hithendra Ramachandran, MD, Carpediem Capital, the Indian fashion jewellery market is highly fragmented, it has a potential opportunity of around $2.4 billion. With an expected growth of around 22% CAGR, over the next three months, there is a huge opportunity for businesses to grow. 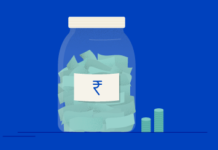