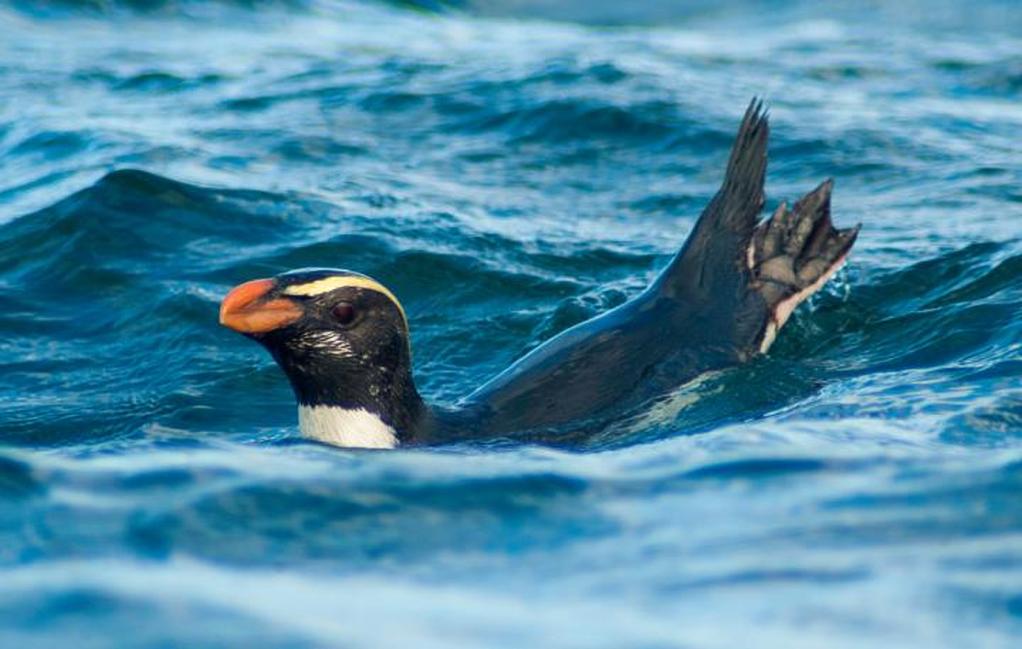 Fiordland penguins, scientifically known as Eudyptes pachyrhynchus, and commomly known as Tawaki, migrate up to 2,500 km from their breeding sites, reports a study published recently in the open-access journal PLOS ONE by Thomas Mattern from the University of Otago and colleagues.

Tawaki penguins are migrating from their breeding sites on the west coast of New Zealand’s South Island, where they feed at sea for many weeks to replenish energy after long periods of fasting on land while they rear chicks. To find out where the seabirds migrate to, the authors put satellite transmitters on 10 male and 7 female adult Tawaki penguins from November 2016 to March 2017. They then compared the migration routes of the penguins with published oceanographic data such as surface temperature and currents. Tags of nine birds continued to emit data up until they change course for the return journey, and five of these birds were tracked for the entire migration.

The research team discovered that the penguins travelled between 3,500 and 6,800 km during the course of their 69-day migration – which makes their journey one of the longest penguin pre-moult migrations recorded till date. The birds travelled between 20km and 80km per day – and the authors suggest that might be close to the upper limit for penguin swimming.

These Tawaki penguins travelled south west from the colony before they head to one of the two feeding grounds – one near the subtropical front (STF), south of Tasmania, and one further south near the subantarctic front (SAF). Birds that left their breeding site earlier in the season tended to head to the STF, and travelled nearly 750 km shorter on average. The authors note that successful breeders might be more likely to retreat late because of how demanding parenting can be, and therefore have to swim faster to reach the distant feeding grounds in the SAF.

“The penguins leave the New Zealand coast at a time when the ocean’s productivity is nearing its peak, so from that perspective, travelling thousands of kilometers seem to make little sense. We believe that this extraordinary behavior could be a remnant from an ancestral penguin species that evolved further south in the sub-Antarctic region before populating the New Zealand mainland. This would also explain why the species breeding range is concentrated to the southern coastlines of New Zealand; if breeding further north, this migratory behavior would simply not be feasible”, notes Mattern.

To know more about the research, you can go to the freely available article in PLOS ONE: http://journals.plos.org/plosone/article?id=10.1371/journal.pone.0198688