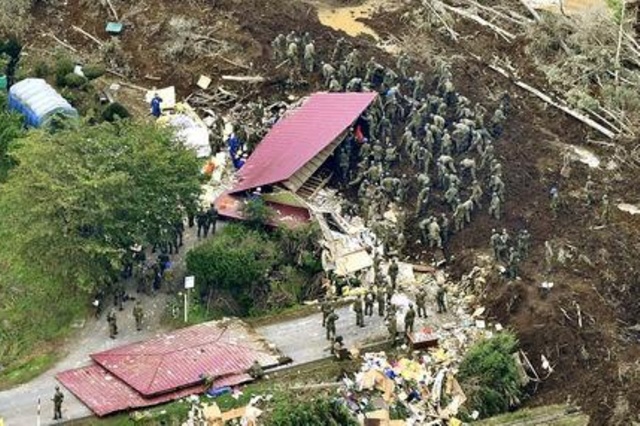 An earthquake measured 5.8 magnitudes on the Richter scale has on Thursday struck Hokkaido island, the northern island of Japan.

According to NHK news reports, the earthquake has occurred in the central part of the Hokkaido island on the night of Thursday at a depth of about 33 kilometres, the NHK reported.

Although, no casualties have been yet so far reported. The Japanese authorities are trying to assess the damage caused by the natural disaster. Japan meteorological agency has cautioned the citizens to stay alert.

In a statement, Toshiyuki Matsumori of the Japan Meteorological Agency stated: “The earthquake is an aftershock that followed from the one that hit Hokkaido on September 6 last year.”

Around four people were reported with minor injuries following the quake, and more than 70 households are still without waters. The quake has occurred at 9:22 pm on Thursday.

An earthquake expert is cautioning about the possible landslide in the area. He said last year’s quake has loosened the soil and ground and warned people residing near hillsides or sloping to start evacuating as a precaution.

At Hokkaido’s New Chitose Airport, about 120 people were forced to stay overnight. In the island, as many as 680 passengers were stranded in trains for hours. Japan’s official said some rail services were disrupted in the morning, but is expected to continue its motion by early afternoon.