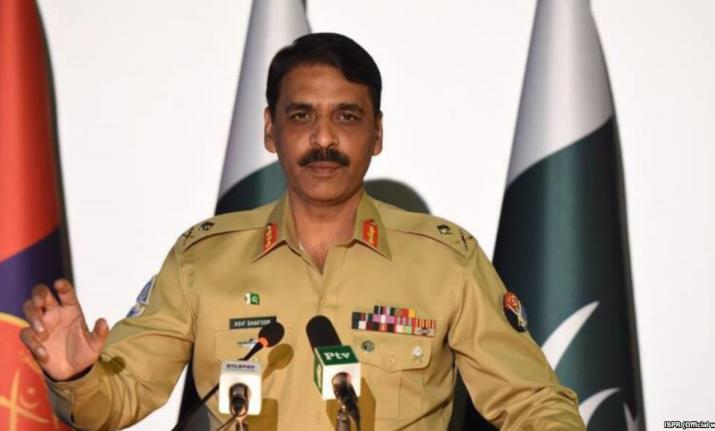 The Pakistani army has on Tuesday confirmed that the Indian Air Force jets penetrated the LOC (Line of Control) and had also dropped “payloads” in the Pakistani occupied Kashmir (PoK) at around 3:30 am on February 26.

According to ANI news reports, Islamabad’s army spokesperson major general Asif Ghafoor has, however, claimed that there was “no infrastructure got hit” and also there were “no casualties”

While Tweeting, Gafoor said that Indian aircraft went about “3-4 miles” across the LOC in Pakistan-occupied Kashmir in Muzaffarabad sector.

He continued tweeting, saying: “Under forces, hasty withdrawal aircrafts released payloads which had free fall in the open area. No infrastructure got hit, no casualties. Technical details and other important information to follow.”

Indian aircrafts’ intrusion across LOC in Muzafarabad Sector within AJ&K was 3-4 miles.Under forced hasty withdrawal aircrafts released payload which had free fall in open area. No infrastructure got hit, no casualties. Technical details and other important information to follow.

Earlier he had tweeted: “Indian aircrafts intruded from Muzaffarabad sector. Facing timely and effective response from Pakistan Air Force released payload in haste while escaping which fell near Balakot. No casualties or damage.”

Indian Air Force (IAF) has on Tuesday carryout out aerial surgical strikes inside LOC at Jaish-e-Mohammed camps in Pakistan-occupied Kashmir (LOC) and in Khyber Pakhtunkhwa at around 3:30 am, 12 days after the Pulwama terror attack claimed JeM head Masood Azhar.

Terror camps in Muzaffarabad and Chakoti, (in  P0k), as well as in Khyber Pakhtunkhwa region were all struck by 12 Mirage 2000 jets with about 100 kg of explosives.

Within the hours of a surgical strike by Indian AFS, Islamabad’s foreign minister Shah Mahmood Qureshi gathered an emergency meeting in the capital. The meeting was likely to be discussed over the security situation.

He also met with the chief of air staff, Air Chief Marshal Mujahid Anwar Khan at the Air Headquarters in Rawalpindi, where the two chiefs “deliberated on the operational environment including threat and response” and also “expressed satisfaction on readiness, coordination and synergy,” according to Ghafoor.