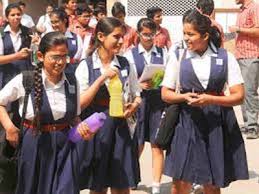 Shashi Tharoor who is the former human resource and development has openly welcome the new policy of Education, but at the same time has raised a question for not introducing the policy in the parliamnet at the first place.

Putting forward the importance of New Education Policy, Tharoor stated that since his days in MHRD, he has advocated revision of 1986 National Education Policy. He added on to it that it is very much on positive side that government has finally looked over the need for new education policy, although it took six years in order to do it. Currently, the challenge remains to ensure that is well implemented.

He also said that the new policy should have provided more realisable targets for research. There was a decline in the investment on research and innovation, in the year 2008 it was 0.84% which dropped down to 0.6% in 2018. In comparison with China, in India there are only 15 researchers per 100,000 of population.

Adding on to his word, he asked the government to come up with deep explanation of some of the proposals in new education policy. The government’s New Education policy, also needs to look over the need for trained and qualified teachers of whom India faces a critical shortage.

Tharoor added that the major concern is that the new policy showcases a strong tendency towards centralisation, and poor meeting all the costs for education.

Tharoor concluded his tweet by saying that we look forward towards a constructive discussion in the parliament, on this new policy of the government. His final tweet wrote “That said, there is much to admire in the #NewEducationPolicy2020 &I look forward to a constructive discussion in Parliament,in which these concerns can be addressed &clarifications given. I commend @DrRPNishank &his team for their efforts”.

On Wednseday, the central government had introduced new National Education Policy 2020. There is host of changes which has been proposed under the new policy starting from primary education in local languages to one central regulator for institutions with higher education.