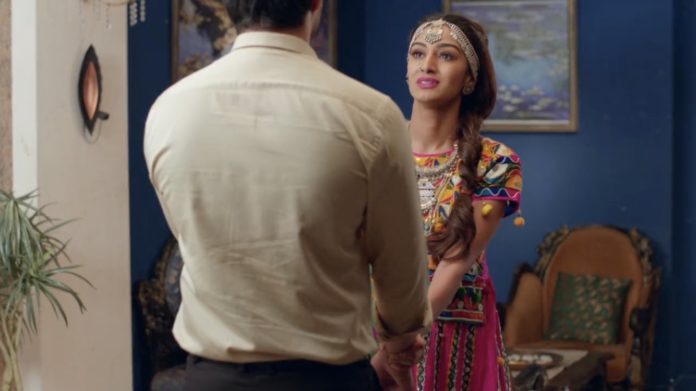 The episode begins as Shivani explains the truth about Komolika to Prerna. Shivani wants to go, but Prerna decides to stay and confront Komolika. At home, Anurag is looking through some documents when he finds out Prerna’s resume, and reads that she used to work at Basu Publications for his father. Suddenly, he begins to experience various blurry visions of his past with Prerna and questions the voice that he heard. He wonders if it was Prerna’s voice. Shivani is afraid, but Prerna tells her to be brave. As Komolika is leaving the party, Prerna slaps her her, and announces that she knows her true identity.

At first, Komolika tries to deny the truth, but she gets angry and accepts it. Ronit attacks Prerna and tries to strangle her but Shivani reaches in time to save her. Komolika won’t let the sisters ruin her plan and decides to give them chase as they exit the house in their car. Ronit tells her to drive slowly because she will injure them as well, but Komolika has gone crazy and crashes into Prerna’s car. Shivani is hurt, and as she stumbles out of the car, she faints on the road. Prerna gathers all her energy and rushes to the Basu mansion.

Mohini sees her, and Prerna tells her the truth, but she doesn’t believe her and orders her to get out of her house. Prerna doesn’t listen to her, and runs upstairs to talk to Anurag. Komolika enters the house, and chases Prerna.

Prerna goes to Anurag’s room and locks it from inside so she won’t be disturbed. Anurag is confused by her arrival, but Prerna tells him that they used to be married and the truth about Sonalika’s identity. Mohini finally break the door open, and tries to reverse the damage. Anurag, however, completely believes Prerna and says he knows Sonalika is Komolika.