Every individual on this planet has his/her own war to wage, despite the odds. But it would not be wrong to assert of and acknowledge the war that the planet itself is struggling with.

Humans have recognized these anomalies and are devising better methods to achieve their ends, but they have also been repeating the same mistakes through other means.

For instance, they continue to devise strict policies against Deforestation but instead of implementing the existing ones, the world governments seem to be running after short-term gains.

Clearing olden-golden forests and then undertaking afforestation measures in the periphery of cities with bare human habitation, is surely not a better approach.

This seems like jeopardizing and subsidizing environmental benefits with poor planning and populist narratives.

One has to acknowledge the enormous pressure experienced by world leaders, both by utterly cautious Climate Enthusiasts, the population at face with disasters and the self-driven social media militia that garners criticism over anything at play.

But does that mean, the National Experts and Institutional holders shall begin to abandon facts and work as public say, for this is a democracy?

India and the sustainability in question:

Sustainability is comparatively a bigger challenge for countries like India, those are brimming with survival threats from all sides.

Climate change impacts have been acting heavily on this country and many others termed as vulnerable and hosting a particular habitat, weather and ecosystem.

We need to ensure availability of Earth and its natural services to our future generations, if we need to imbibe sustainable development for country.

But we wonder what is that in our terms? For a country that strives to be in developed nations, that can at times endure pain, disease, jobs and livelihoods.

The world suffered the Pandemic but only the vulnerable nations close to tropics suffered in ways one cannot imagine. Here the residents travelled for miles to a place called home so that they can earn subsistence for a while.

In some countries those were dependent on funds from west to eliminate hunger, poverty, inculcate education, suffered lack of currency to foster their dreams.

Sustainability for us, is not just putting sectors encompassing energy, transport, logistics, retail and even manufacturing to release lower carbon emissions.

It is to keep the livings intact, building resilience to disasters, spur employment, development, growth etc. but under the strict restraints of environmental regards.

57 per cent of India’s agricultural lands tend to face extreme weather conditions with increased frequency and intensity. If we are to believe the 2021 IPCC report, this will only rise.

India, amidst the mounting pressure to conform to these target ambitions, has recently announced to be Net-zero by 2070.

It will take a lot from India to achieve this goal. All it needs to do for now is strengthen and protect its people and their livelihoods from the vagaries of Nature.

For example, the state of Odisha, hosting a wide range of natural heritage sites, is periodically hit with deadly cyclones but the government’s efficiency in displacing and rehabilitating those affected by it, could lessen the impact of such ravages.

India has worked hard to reap greater benefits of its bulging population but it knows that without abridging the skill gap, creating human capital and better education, its resource will be a waste.

In the prospects of improvement, India has seen 95-98 per cent decrease in mortality cases in the last 15-20 years from cyclones which is a remarkable progress.

Meanwhile the other climate disasters have increased, a consistent and grave decline has been seen in heat stress-related mortalities in the last 5-6 years.

What can India do more?

A few factors have been known to aid and boost the parameters of countries’ well-being.

We have been told for years that inequality and income gap always creeps in alongside financial growth, but sustainable and inclusive development ensures greater resilience in societies and communities.

Giving decision making authority to the local administration, i.e., the one serving at the grassroots and including them within the power dynamics, is actually alleviating perils caused due to negligence of higher ones, given greater financial autonomy.

Not just one factor affects the change and transition of a society from being energy-intrusive to a sustainable one. A gamut of social, economic and cultural empowerment is all necessary to uproot the evils we have been practicing so far.

Acknowledging the same, it is of utmost importance that a careful disbursal of money is done for adaptation to Climate change.

Nothing happens without money, resilience cannot be built on mere ambitions, equity cannot be maintained without the poor being incentivized.

That depends on our imagination how we can utilize the funds for better restoration of the planet and lives those dwells on it.

Mitigation has no longer been the lone option to survive, adaptability is what will be required based on current terms.

With intense impacts of climate change, every soul will be required to live alongside the disasters. Therefore, the onus is one world governments to build systems monitoring these threats.

For example, India Meteorological Department (IMD) has evolved to not just inform us of the location where a cyclone may fall, but also the wind speed and probable impact.

Fisherman, during tsunamis and cyclones, receive SMS regarding the impending dangers.

Climate data has been used expeditiously to create a future picture of the world with perils of climate change but as a matter of hope, we also need to envisage a world where we can adapt more that be fearful.

Because that can be the best of all ways possible amidst a warming planet! 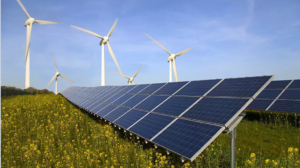 India’s Deep Ocean Mission to boost the mineral supply for country’s Electric vehicle revolution, what shall we know about it?
The fault in our stats: Climate Risk Assessments and their uncertainties have a story to tell about India
Comment