Back in May, the Pokémon Company announced for the first time that is going to release a new smartphone game called Pokémon Masters soon. It was scheduled to arrive in summer this year but was launched last week on August 29th. And now, just four days ago the game was finally made available for iOS and Android users. Even though it has been only four days since the game went live but the battle-focused Pokémon game has already reached 10 million downloads. This feat has made Pokemon Masters as the second-fastest mobile game, only behind Super Mario Run to achieve the milestone.

What’s even more surprising is the fact that the game was initially available for download for people living US, Australia, and New Zealand. This is similar to when Pokemon Go first arrived on mobile. It was also available only in selected regions but once the game was globally available, it took just a month for the game to hit 1 Billion downloads. So we can expect the same from DeNA published Pokemon Masters.

Pokemon Masters gives a feeling of nostalgia as it features similar faces from back when we were kids. Old trainers like Brock and Misty are available. The game takes us to an island where the Pokémon Masters League is held. You are then paired with a Pokémon and you go against AI in 3v3 matches. 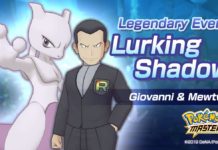