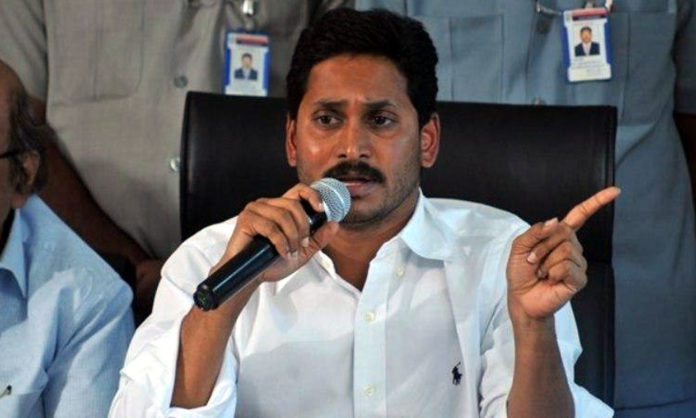 A delegation of Tamil Nadu Ministers met Andhra Pradesh Chief Minister Jagan Mohan Reddy in Amravati on Friday. The meeting was sought to seek help from Andhra Pradesh for dealing with the water shortage in Chennai.

The delegation from Tamil Nadu was represented by Minister for Municipal Administration, Thiru S P Velumani, Fisheries Minister D Jayakumar and the Principal Secretary of the state. The delegation came to the neighboring state on behalf of Tamil Nadu Chief Minister Edappadi K.Palanisamy.

Chennai is going through a tough situation of water scarcity. In the capital alone, 90 lakh people are said to be facing hardships due to water shortage. Therefore, Tamil Nadu Chief Minister apprised his ministers to seek help from Andhra Pradesh.

On hearing the matter with seriousness, Jagan Mohan Reddy assured them of the positive action and said that he will do the needful. As quoted by ANI, he said, “Neighboring states should act like brothers, one should share the troubles of the others. One has to understand the pains of the other. When lakhs of people are suffering, We have to act on humanitarian grounds.” 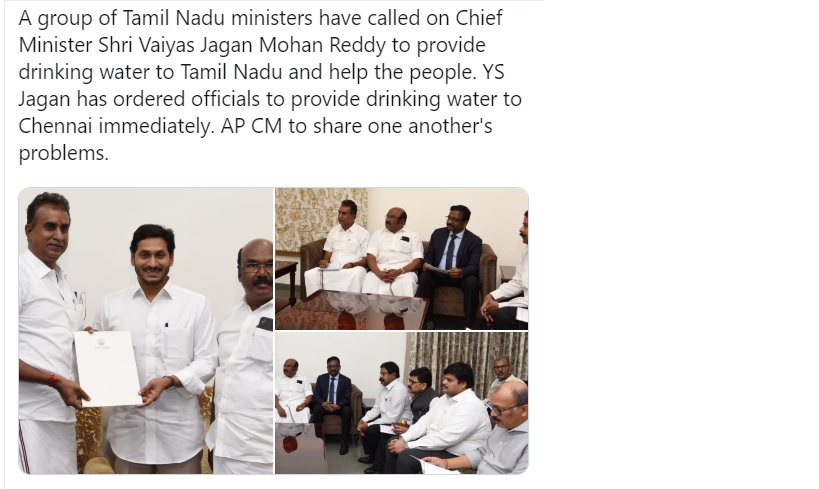 Tamil Nadu Ministers have expressed appreciation to the Andhra Chief Minister Jagan for his Immediate Response.