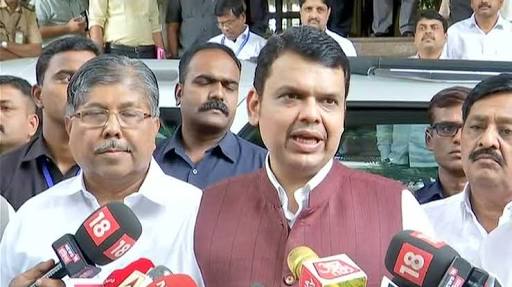 On Thursday, Chief Minister of Maharashtra Devendra Fadnavis met writers, artists, intellectuals and other prominent personalities from the Maratha community to discuss the issue of Maratha reservations. Fadnavis said after the meeting that the state government is ready to grant reservations to Marathas lawfully.

After the meeting, a joint statement was released requesting to maintain peace in the state.

The CM assured, ”Today a meeting was held with state leaders from diverse sections and a joint statement has been signed to give reservation to Marathas lawfully. The state government stands in absolute support for Maratha reservation and we are following the requisite process to do it at the earliest.”

This statement came a day after the Maratha Kranti Morcha organised the ‘Jail Bharo Andolan’ at Azad Maidan in Mumbai demanding reservations in jobs and education.

The Maratha agitation turned violent over the course of two weeks, and six people committed suicide demanding reservation for their community.

After the meeting, Fadnavis said, “Various short-term and long-term measures to provide relief to the community were discussed.”  He added, “An appeal has been made to prevent violence during agitation.”

Amol Kolhe told the media, “I could feel the chief minister’s genuine concern over the violent turn that the quota stir took and his positive approach towards welfare of the community.” Reiterating Fadnavis, Kolhe said, “We made a joint appeal to the protesters to be positive and ensure that the agitation doesn’t take a violent turn. People should refrain from taking the extreme step like suicide.”

The main demands of the Maratha community are 50% reservation in education and jobs, justice in Kopardi rape case, all cases filed against Maratha protestors to be taken back, among others.