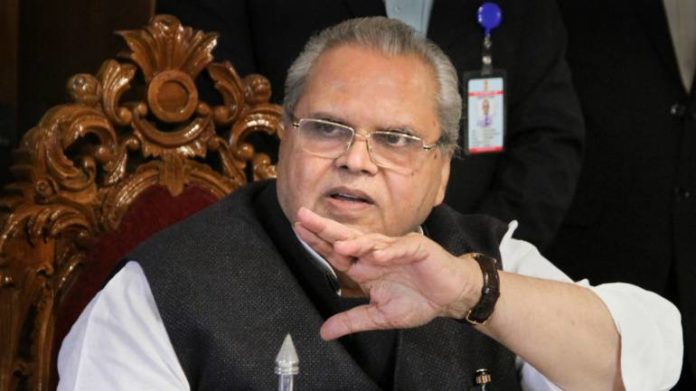 Soon after the Centre’s move to scrap Article 370, Jammu and Kashmir Governor Satya pal Malik on Monday held a meeting in a bid to review the ongoing situation and the security in the valley at Raj Bhavan on Monday evening.

Officials who returned from Jammu apprised Governor about the situation of the part of the valley. They also informed Governor Satya Pal Malik about the adequacy of essential supplies and delivery of various public services to the people including electricity, water supply and health care services.

The Governor Satya Pal Malik in the meeting asked the officials to be vigilant and review the preparedness of various departments and agencies to enable dealing with an emerging situation in a coordinated and smooth manner in the aftermath of the decision.

He also directed to Officials to keep a tab on the ground situation of the valley. He said there is an utmost need to bring peace and harmony in the society for the overall benefit of people.

While earlier in the day, National Security Advisor (NSA) Ajit Doval was tasked to visit Jammu and Kashmir on Monday after the Union Government announced to scrap the Article 370.

Soon after the decision, authorities beefed up the security with Indian Army and Air Force have been asked to stay on alert to deal with any issue. Moreover, more than 8,000 troops of paramilitary forces have been asked to head towards the valley.