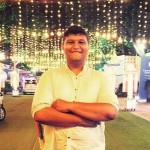 From the start of network sports broadcasting, back in the late 1940s, this was a male bastion. Even the idea of the inclusion of a woman to speak about sports seemed far-fetched, and ludicrous.

Despite the success of women in so many hitherto unchartered spheres, they are still considered eye-candy, and a search of Google throws up headlines such as ‘hottest female anchors”, “sexy women reporters” and more such similar headings. This is all changing right now….

Kanthi D Suresh comes as a breath of fresh air in the staid and mundane realm of TV debates, sports news, and controversies. She is a heady mix of good looks, poise, purpose, and fire.
She is the first woman to own and run a sports channel – PowerSportz.tv, on a broadcast platform, and it would be an understatement to say that she is surely making waves. Kanthi has established that a woman is more than just eye-candy, a cheerleader, and noodle straps –she is a serious contender for top spot, giving the likes of many male anchors a run for their money. Kanthi -fresh, dynamic, and a powerhouse – she has brought a renewed perspective to broadcasting as a whole, and is showing the world what a woman can do in the realm of sports broadcasting, otherwise considered a male bastion!

Kanthi is by no standards a novice in this realm. She has in the past, been a successful and top-notch newscaster at the Olympics, Commonwealth Games, and Asian Games for India.
Kanthi’s credentials as an anchor span a decade, and hence is a force to reckon with. Her first big sporting event was the 2008 Beijing Olympics, when India bagged its first individual gold medal. She was then specially called to anchor the Commonwealth games hosted in New Delhi. There was no looking back after that. She then anchored the London 2012 Olympics, after which her popularity really soared high. She also covered the Glasgow Commonwealth games in 2014. She, perhaps could be one of the few successful female sports anchors of mega events of such nature
It is time for sports bodies, personalities, and critics to become aware of and ensure they accept that this firebrand is here to stay and continue disrupting

Beyond the freshness and contemporary nature of her show ‘Talking Turkey’ and the subjects discussed, the best part is that this flagship show of Power Sportz , engages the minds and intellects of all age groups in both female and male audiences. The topics discussed are engaging and informative, and add value and knowledge for their viewers – something that very few others can boast.
The name ‘Talking Turkey’ is purposeful and matches Kanthi’s mind-set and reporting style – the essence is to ‘stop messing around’ and say it as it is. The tone of the show is edgy and exhilarating, leaving audiences satiated and yet wanting to know more. The oomph and class of the program matches Kanthi’s own style and repertoire of information, touches the soul of sports journalism and the audiences. Passion, integrity, and confidence are the hallmarks of ‘Talking Turkey’ and its standout anchor. The subjects are clearly well researched, the content is fresh, and the videos spectacular, giving the miles apart edge to the channel. Kanthi, being the Editor-in-Chief, plays the perfect anchor to this content – sharing, interviewing, and challenging with aplomb.

What makes Kanthi a firebrand?

She is driven by responsibility – the passion to make a mark and a positive difference. Kanthi’s reporting style is impartial – keeping emotions out when reporting on a player, team, controversies, and other pieces of sports news. While being highly passionate, her composure, demeanor, and intellectual approach makes her unique. She succeeds each time in bringing a fresh and creative angle to her stories, in a way that beats the commonplace and becomes highly engaging. Her stories and style are far from being dramatic – they reflect the truth with sensitivity to ethical land mines, which if ignored could potentially harm people and organizations, and public safety. Kanthi’s ethical compass is bang on. It is difficult to get her to do a show just for the sake of doing one!

While command of the language may seem like a given, however, Kanthi stands out with dead-on grammar, attention to pronunciation, syntax, tone, a pleasant demeanor, and interesting storytelling style. She is highly skilled at drawing out information during interviews, and has a laser like focus on the information she wants. Kanthi’s style to say the least is refreshing, and it is now her ‘time in the sun’ – only that it is here to stay! Intellectual Glamour is not easy to come by too often!

But, some critics point out !

Kanthi, inspite of her vivacious eloquence on-air, is regarded by many as highly inaccessible and extremely private. She is often subject to more of a speculative opinion than any established supposition. A journalist needs to interact and socialize more , needs to be easy to meet anytime. We must have Excellence but we must also have accessibility to that excellence, was a sentiment echoed by one of the guests on the channel, who wished not to be named, but also added that perhaps that’s what made her even more enigmatic!!!