The funds will be utilized to expand its business in the US, which is its fastest-growing market, and bolster its vacation rentals business in Europe.

Notably, the fundraising is the largest for a unicorn in India since SoftBank invested $2.5 billion in Flipkart in 2017.

Oyo said that the deal has valued the company’s valuation at $10 billion.

Agarwal’s capital infusion is part of his plan to triple his stake in Oyo by investing $2 billion to buy back shares from some of the company’s early investors.

“I am also happy to share that on a year-on-year basis, we have seen that not only are we operating profitably at the building level but at the same time, our Ebitda (earnings before interest, tax, depreciation and amortization) has also improved by 50% (on a year-on-year basis). We truly believe that we will be able to build a truly global brand out of India, while ensuring that the business is run efficiently and with a clear path to profitability,” said Ritesh Agarwal, founder at oyo and also Oyo’s global chief executive officer.

Besides Oyo, other strong players in the hospitality startup include Yatra, Fabhotels,Treebo, MakeMyTrip, ClearTrip, and among others. 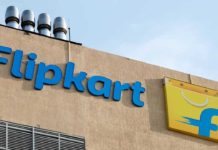