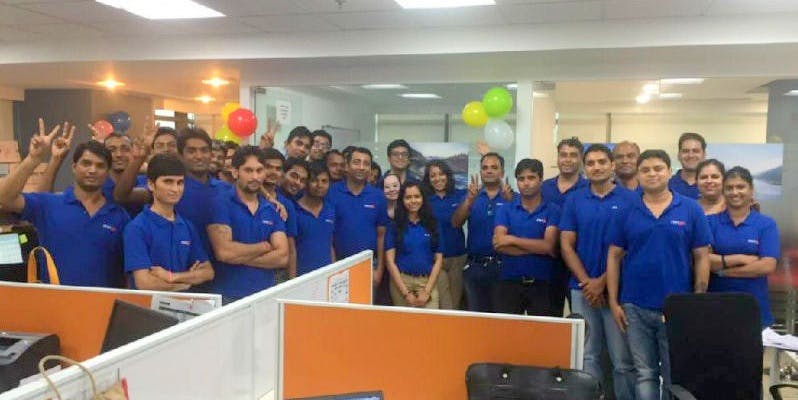 More than 30 employees of the Gurgram-based transport and logistics startup Rivigo have encashed their stock options in the company, reaping in around ₹71 crores ($10 million).

According to the company, the transactions that took place over the past one year witnessed a number of middle and senior management employees vesting their stock options in Rivigo, one of India’s highly valued startups.

“Over 30 employees have sold the shares, after exercising their options, in times of financial need and have benefited substantially from the life-changing wealth. Some of them have used the money to fund their children’s foreign training, while others have used it to build a house,” Gazal Kalra, Co-Founder, Rivigo.

Rivigo, a technology-enabled logistics startup was founded by Gazal Kalra and Deepak Garg in 2014. With a fleet of over 3,000 trucks, the company claims its operations to be 100% technology and data-driven, helping it automate decisions and eliminate errors.

The company last raised ₹320 crores in series D funding led by SAIF Partners in January 2018. The last funding round had valued the company close to $1 billion.

The company has decided not to cap vesting of employee stock options, enabling its executives to sell all their stocks in one go, a rarity in startups that usually allow employees to sell their stock in ventures only in stages, and that too at a discount.

Kalra said that the shares were picked up by existing as well as new investors, without disclosing any names. However, she clarified that the founders, including Deepak Garg, did not buy back the stock.

Rivigo claimed that the ESOPs were introduced to generate greater wealth generation and they form about 7-10% of the overall shareholding of the company.

Employee stock options have been instrumental in helping the startups attract talent, without affecting the cash flow, and also ensuring the employees are part of the process of building the startup.

Over the years, many Indian startups have taken the ESOP route to attract talent and build their startups.