During a speech at the Stanford University on Sunday, Cook said that whether you like it or not, what you build and what you create defines who you are.

“It feels a bit crazy that anyone should have to say this. But if you’ve built a chaos factory, you can’t dodge responsibility for the chaos. Taking responsibility means having the courage to think things through,” Cook told students.

“We see it every day now, with every data breach, every privacy violation, every blind eye turned to hate speech. Fake news poisoning our national conversation. The false promise of miracles in exchange for a single drop of your blood. Too many seem to think that good intentions excuse away harmful outcomes.”

“If we accept as normal and unavoidable that everything in our lives can be aggregated, sold or even leaked in the event of a hack, then we lose so much more than data. We lose the freedom to be human,” Cook noted.

His concerns came in the wake of several users’ data violation being reported almost on a daily basis. Silicon Valley has faced fierce criticism in recent years over disinformation, privacy breaches and the misuse of data.

According to The New York Times, the Department of Justice is set to probe Google while the US Federal Trade Commission (FTC) will take on Facebook and Amazon, seeking great scrutiny from tech companies related to users’ privacy and unfair market practices.

Facebook is already under investigation by the US FTC over its handling of user data. The social networking platform is expecting a fine of up to $5 billion.

“Here’s a plain fact — Silicon Valley is responsible for some of the most revolutionary inventions in modern history aBut lately, it seems, this industry is becoming known for a less noble innovation: The belief that you can claim credit without accepting responsibility,” Cook told students.

According to Cook, in a world without digital privacy, even if you have done nothing wrong other than think differently, you begin to censor yourself.

“Not entirely at first. Just a little, bit by bit. To risk less, to hope less, to imagine less, to dare less, to create less, to try less, to talk less, to think less. The chilling effect of digital surveillance is profound, and it touches everything”.

He said that if we believe that freedom means an environment where great ideas can take root, where they can grow and be nurtured without fear of irrational restrictions or burdens, then it’s our duty to change course.

“Don’t waste your time living someone else’s life. Don’t try to emulate the people who came be 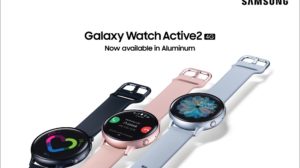 Microsoft Teams Gets New Features, Allows Up To 1000 Participants in a Call