Samsung has reportedly sent samples of its foldable display to tech giants Apple and Google.

The company already provides Apple most of the OLED components for that the iPhone-maker user to produce displays for its smartphones. With the foldable display technology now figured out by Samsung, it is more likely that Apple will be receiving the technology from the company.

“Samsung is currently able to produce about 2.4 million foldable displays per year, it’s contemplating ramping up to 10 million,” the report said.

Apple has shown interest in foldable displays with its related patent filings and with the Galaxy Fold launched, Samsung would be under pressure to provide its rival with the technology.

The 2019 iPhones, however, will retain fixed displays with its iPhones, and according to analysts, Apple won’t be producing foldable iPhones until at least 2020.

Samsung launched its first foldable smartphone, the Galaxy Fold, at MWC last month. The Samsung Galaxy Fold comes with a brand new 7.3-inch Infinity Flex display which can be folded to turn the form factor of the device into a compact phone that can easily fit in the pockets. Samsung claims that it had to work from scratch and create a new manufacturing process, components and a lot more in order to turn the concept into a reality.

Samsung has provided a robust backbone in the form of a hinge to the device to ensure the practicality of the device. The hinge uses interlocking gears and is cleverly hidden in the body of the phone in a way that it is not visible from the outside, hence maintaining the seamless design of the device.

Samsung has also given special attention to the software of the device. The Galaxy Fold runs on Android 9.0 Pie which has been customized in order to make up for the vast real-state of the device. The Galaxy Fold can run three apps simultaneously on the large 7.3-inch display and also features App Continuity in order to provide a seamless transition from the smaller screen to the larger and vice versa. 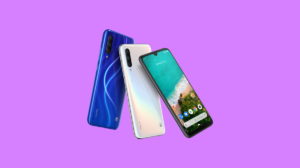 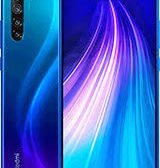