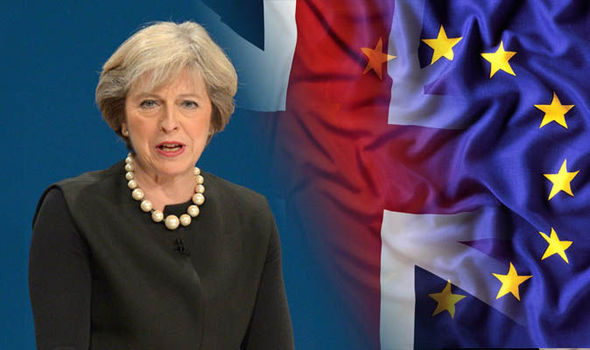 London, May 14: United Kingdom Prime Minister Theresa May is under intense pressure to abandon Brexit talks with the main opposition Labour Party, after a group of senior Conservative leaders issued a strongly worded warning.

May’s cabinet, and Labour leader Jeremy Corbyn’s shadow cabinet, are both due to take stock of the talks on Tuesday, with neither side optimistic about the prospects for an agreement that could secure a majority in parliament, the Guardian reported.

In a letter to May, former cabinet ministers including Gavin Williamson, who was sacked earlier this month over the Huawei leak, cautioned her against any deal involving Corbyn’s central demand of a customs union.

They told her such a move would be “bad policy and bad politics”, as it would force the UK to open up its markets automatically to any countries with which the European Union (EU) strikes trade deals in future.

“We believe that a customs union-based deal with Labour will very likely lose the support of Conservative MPs like us who backed the withdrawal agreement in March (in many cases very reluctantly), and you would be unlikely to gain as many Labour MPs to compensate,” said the letter.

“More fundamentally, you would have lost the loyal middle of the Conservative party, split our party and with likely nothing positive to show for it. No leader can bind his or her successor, so the deal would likely be at best temporary, at worst illusory.”

The fragility of May’s leadership, and the threat it presents to any deal being deliverable, has been discussed openly in the cross-party Brexit talks, which resumed on Monday.

Labour is demanding what it calls “entrenchment”, a legal underpinning for any promises made by the Prime Minister, to prevent a future leader unpicking them.

The negotiations broke up on Monday night with both sides once again signalling that no substantive progress had been made.

Britain had been due to leave the European Union (EU) on March 29, but the deadline was pushed to October 31 after Parliament was unable to agree on a way forward.