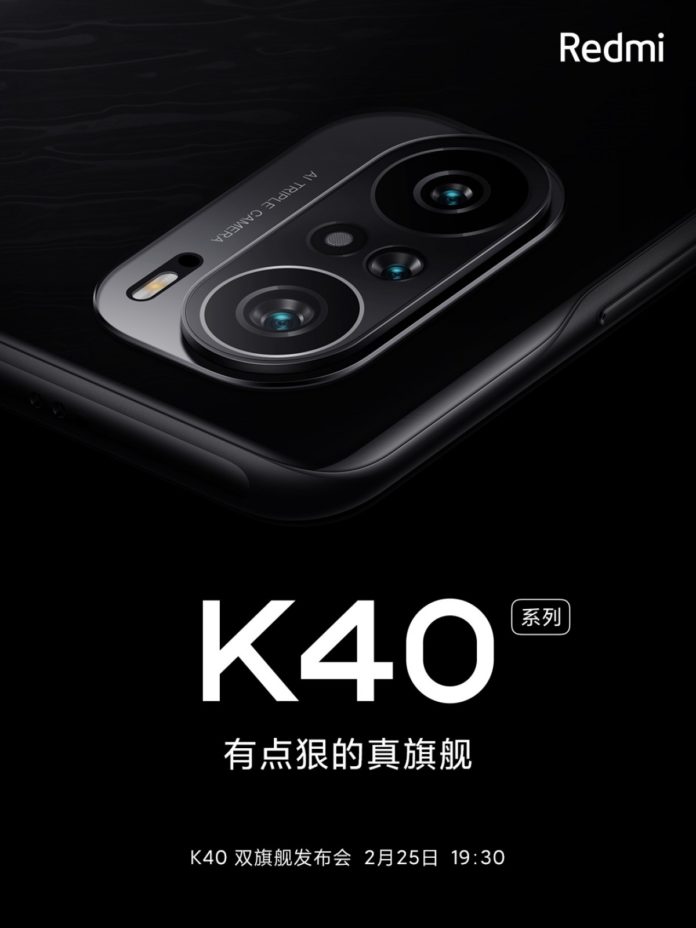 Redmi General Manager Lu Weibing recently teased the Redmi k40 series, which is going to be released on February 25, on Weibo. The picture revealed the camera setup of the device. The device seems to sport a triple camera module. Another poster of the series confirmed SD 888 SoC. The event will be held online at 7:30 PM local time(5:00 PM IST).

Lu Weibing took to his Weibo account and shared an official poster of the Redmi K40 series ahead of its February 25 launch. The series is expected to include Redmi K40 and K40 Pro. The picture carried one of the K40 devices with a triple camera setup consisting of two large sensors, supposedly one primary camera and another wide-angle camera, one smaller sensor, expected to be macro camera, and a circular sensor, which seems to be a laser auto-focus. All the sensors are placed inside a rectangular module and the pill-shaped LED flash is placed to the right of the camera module. 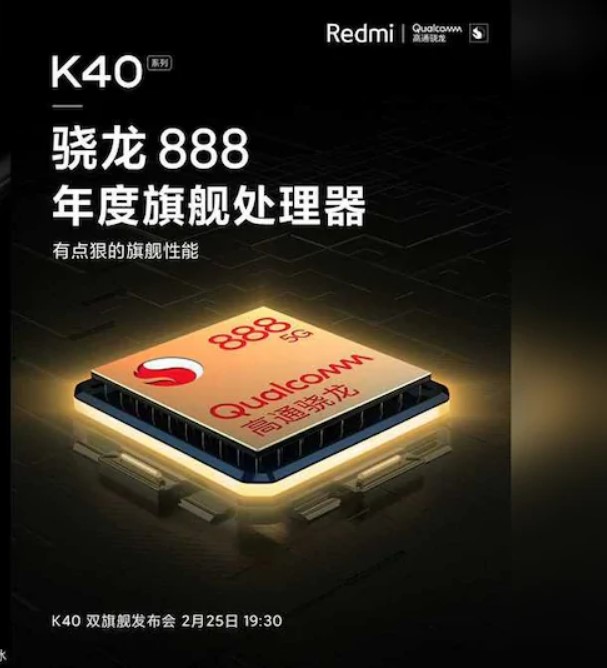 In another post, Weibing confirmed that the series will come with Qualcomm Snapdragon 888 SoC. However, there has been no confirmation from the company about which device is going to feature the flagship chipset. According to earlier rumors, K40 Pro will sport the flagship 888 SoC and the vanilla K40 will feature SD 870 chipset. It is also expected that K40 Pro will feature a 5000mAh battery and K40 will come with a 4500mAh battery.

There have been no other details revealed by the company. However, according to the listings on TENAA, both K40 and K40 Pro will come with a 6.81-inch AMOLED display panel with a punch-hole for the front camera and on-screen fingerprint scanner. Both the devices support 5G connectivity.

There has been no confirmation from Redmi regarding the pricing in India, however, it is expected that Redmi K40 will be priced at Rs 24,000, directly competing with Samsung Galaxy F62, which was launched a few days back. Both the devices support 5G connectivity and feature flagship chipsets. It will be really interesting to see which device performs better.

The flagship SD 888 SoC will be featured in ASUS ROG Phone 5, which is known for its performance as a gaming device. With Redmi launching the K40 series with SD 888 chipset, it will be a compelling rivalry.