The video-sharing platform has been facing flak for building a business on other people’s copyrights and in recent years for its vacillating policies on irredeemable content.

“Lack of clarity about the permissibility of cybersecurity-related content has been an issue for years. In the past, hacking videos in years past could be removed if enough viewers submitted reports objecting to them or if moderators found the videos violated other articulated policies.

“Now that there’s a written rule, there’s renewed concern about how the policy is being applied,” The Register reported on Wednesday.

A security researcher and educator named Kody Kinzie who uploads hacking videos to YouTube’s “Null Byte” channel, on Tuesday reportedly said a video created for the US July 4 holiday to demonstrate launching fireworks over Wi-Fi couldn’t be uploaded because of the new change.

“I’m worried for everyone that teaches about infosec and tries to fill in the gaps for people who are learning. It is hard, often boring, and expensive to learn cybersecurity,” he tweeted.

Kinzie clarified that YouTube had problems with three previous videos, which got flagged and are either in the process of review or have already been appealed and restored, according to The Register. 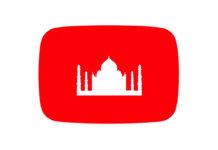